For same-day appointments, please call us. 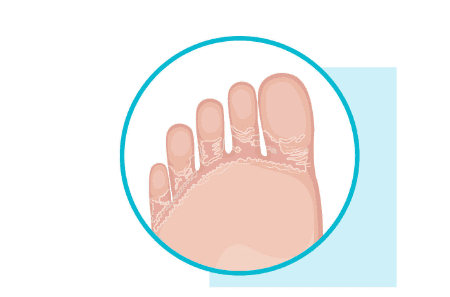 Prevention is the Best Medicine (But…)

Athlete’s foot is an extremely contagious infection caused by a fungus that results in itching, burning, dry, and flaking feet. The fungus that causes Athlete’s foot is known as tinea pedis and thrives in moist, dark areas such as shower floors, gyms, socks and shoes, commons areas, public changing areas, bathrooms, dormitory style houses, locker rooms, and public swimming pools. Athlete’s foot is difficult to treat as well because of the highly contagious and recurrent nature of the fungus.

Athlete’s foot is spread by direct contact with an infected body part, contaminated clothing, or by touching other objects and body parts that have been exposed to the fungus. Because the feet are an ideal place for tinea to grow, thrive, and spread, this is the most commonly affected area, but it is known to grow in other areas. 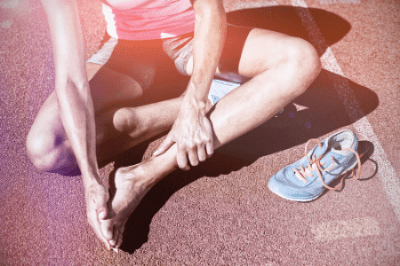 The most commonly infected body parts are the hands, groin, and scalp, as well as obviously the feet. Around 70% of the population suffer from tinea infections at some point in their lives, however not all of these cases are Athlete’s foot. Just like any other ailment, some people are more likely to get it than others; such as people with a history of tinea infections or other skin infections, both recurring and non-recurring ones. On top of this, the extent to which a person experiences regrowth and recurrent tinea infections varies from person to person.

Sometimes people will not even know that have Athlete’s foot because of a lack of symptoms. However, most people experience mild to moderate flaking, itching, redness, and burning. Some of the more severe symptoms include cracking and bleeding skin, intense itching and burning, pain while walking or standing, and even blistering.

Because of the recurring nature of tinea fungus and the Athlete’s foot it causes, the best way to treat this condition is with prevention. While it is hard to completely avoid, you can take some preventative measures such as wearing flip flops or sandals in locker rooms and public showers to reduce contact with the floor. It is important to keep the feet clean and dry, which will allow them to air out and breathe. If you suspect you have Athlete’s foot, immediately visit your local podiatrist to determine what treatment is best for you.